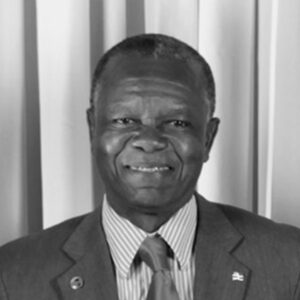 Mr. Deveaux served in many capacities, including Government Planning Officer, Credit Officer for World Banking Corporation, Manager of Bahamas Agricultural Research Training and Development Project, Consultant to BAIC and Ministry of Agriculture, Commercial Farmer and Director of Agriculture. He left Public Service to pursue a career in commercial agriculture and entered front line politics. He was twice elected to two separate Constituencies.

He is a Consultant with Providence Energy Partners Holdings, which specializes in sustainable utility-scale Power solutions. He is a Justice of The Peace for The Bahamas and a former two-time member of Parliament and Member of the Executive (Cabinet) in The Bahamas Government.

Mr. Deveaux served as Minister of The Environment, Minister of Public Works, Minister of Agriculture and Fisheries, Minister of Labour and Immigration, and Ambassador for The Environment of The Bahamas in his varied, ten-year political career. Mr. Deveaux sponsored a number of legislative initiatives on behalf of his Governing Party, including The Employment Act, The Family Island Development Act, The Conservation of the Physical Landscape of The Bahamas Act, The Planning and Subdivision Act, The Forestry Act, The Bahamas National Trust Amendment Act and The Freedom of Information Act. During his term, the National Park Space was increased fourfold. He is especially proud of the Westside National Park, in Andros, the largest in The Bahamas and second largest in the Caribbean. Under his leadership, funding by the Government for the management of national parks was increased ten-fold. He is particularly proud of his environmental legacy established for the Bahamas through the body of legislation, policy initiatives, recreational public spaces, tree planting, and species protection coupled with the heightened environmental awareness which continues to influence public discourse and development decisions in the Bahamas.