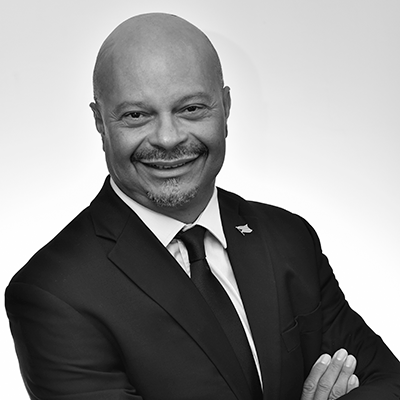 Mr. Ellison “Tommy” Thompson is an experienced and talented tourism veteran whose career has spanned continents. After improving the tourism product in The Bahamas for five years, he was transferred to Europe where he stimulated the growth of the European offices. He was appointed Regional Manager UK in 1985, and the following year was transferred to Germany to become the Regional Manager for Germany, Austria and Switzerland.

After three years in Europe, Thompson became Special Assistant to the Director General of Tourism working in Nassau on tourism development projects for five years. In 1993 he took over the management of the Bahamas Tourist Offices in Harbour Island and Eleuthera, a position which he held for four years. Following that, Thompson begin work as Senior Manager of the UK, Ireland, Holland and Scandinavia in 1997.

From 2000-2001, Thompson attained his MBA at the University of Surrey. He returned to the role of Deputy General Manager Europe in April 2002 where he introduced direct airlift from Italy with Toureama and from the UK with Virgin Atlantic and First Choice Airways.

Thompson has greatly enjoyed the challenge of developing tourism throughout Europe and looks forward to supporting continued growth of The Islands of The Bahamas’ tourism product worldwide as Deputy Director General.